If you were a member of the (now-closed) official LEGO Message Boards (LMBs), you may recall there being a lot of “Ask (insert character name here)” topics, where the topic author would roleplay as a certain character from a LEGO theme and answer questions from fellow users. But what you may not know is that I’m the one who started that trend with my “ASK FANG-SUEI!” topic. This is the story of how that happened.

Before going any further, it’s important to acknowledge that I did not invent the ask-character format entirely on my own. Like many inventions, the format I created was greatly inspired by existing creations.

Back in 2011, when LEGO fully launched their Alien Conquest theme, there was a neat “Ask an Alien Page”, where users could submit questions, and each day one of them would be answered by one of the aliens in video format. (Well, more like audio with the same visual footage over and over. 😛)

My memory is hazy, but I figure this must have been one of the things that inspired “ASK FANG-SUEI!”, considering I created that topic in early 2012.

I do recall one thing being a definite inspiration: shortly before creating my topic, I saw a topic in the Hero Factory subforum by legoninja0701 titled “toxic reapa chat”. Unfortunately, though I was able to find it listed among other topics in an archived version of the subforum, the topic itself doesn’t appear to have been archived.

Going off of memory, however, the topic was essentially just a prototype of the ask topic format. The title said it all, really: it’s a roleplay topic for chatting with the author, who pretended to be Toxic Reapa: a villain from the contemporary wave of Hero Factory sets. It had a decent number of responses, but it’s popularity wouldn’t last much longer than most other topics. Still, I liked the concept behind it, and it inspired me to try something similar.

Having recently become a big fan of the Ninjago TV series, I decided to try and put my own spin on “toxic reapa chat”, using a Ninjago character. I chose the serpentine character, Fang-Suei, probably because he was a blank slate I could inject my own personality into without contradicting canon. And thus, on February 29, 2012, “ASK FANG-SUEI!” was born. Here’s an archived version of the topic.

The topic was an instant hit. As you can see in the archived copy, people immediately bought into the concept and came up with all sorts of interesting questions.

Since the character was just a background mook, I basically had to make up the answers to every question on the spot, though I tried to keep them consistent with each other and with the official canon.

One of my gimmicks I came up with was to add extra “s”s to some words. You know, like thisssss. I imagined the character kind of sounding like a vampire, so I’d also start various words with “v”, because vhy not.

The topic quickly grew to be more popular than I expected, reaching 176 replies by March 11. The next day, it was featured as an “Editor’s Pick” on the LEGO.com home page. This resulted in 267 new replies in a single day. The topic then remained on the home page for a whole week. It felt like my 15 minutes of fame, except it lasted way longer.

Soon, I started to see clone topics with titles like “Ask Jay”, “Ask Nya”, and etc. pop up in the Ninjago subforum. And soon after, the format had spread to every other subforum. If there was a relatively popular character in a given LEGO theme, you can bet there was an ask topic for them. There were so many, that there would often be multiple ask topics for the same character!

Unfortunately, the topic ended up getting so popular, it became very difficult to keep up with replies. Simultaneously, one of two things happened, but I can’t remember which:

Either way, the timing could not have been more comedic. When I told my father about the topic getting so popular, he encouraged me to return to it, but by that point the backlog seemed insurmountable.

Eventually, I just gave up on trying to play catch-up with the topic. At some point I tried to reboot it with an “Ask Fang-Seui 2” topic (I can’t remember the exact title), but I quickly lost interest and got busy with other things. In total, the original topic received 2822 replies (including my own).

I never set out to start a massive trend, but looking back, I think I now know why it happened.

Obviously, being featured on the LEGO.com homepage had a lot to do with it. But the topic was already more popular than usual before that. And there had to be a reason for the LEGO website staff choosing my post in my particular.

On the LEGO Message Boards, roleplay was huge. Almost every subforum had its own subforum for traditional forum-based roleplay. But beyond that, even the regular subforums had plenty of themed chatroom topics that were more or less just casual forms of roleplay, e.g. “LEGO Club Food Fight Room 2” and “The Nerd Refrigerator”.

“toxic reapa chat” had the clever idea of having a roleplay chatroom based around a single character. But what my topic did was concentrate and refine that idea into a simple question-and-answer format. The purpose of a “chat” topic may feel a bit vague: what exactly are you supposed to chat about? But the title of “ASK FANG-SUEI!” immediately made it clear what kind of replies were expected, and it did so in all-caps. 😜

Not only was the new “Ask ___” format easy to understand, but it was just as easy to remix. Just swap out Fang-Suei and insert literally any LEGO character, or even multiple characters at once. And that’s exactly what people did.

It probably also helped that Ninjago was quickly becoming the most popular in-house LEGO theme, to the point where the theme was quickly brought back after its initial planned run had ended. I could not have chosen a better subforum to post in.

The ask topics, as the official unofficial LMB Wiki calls them, became a staple of LMB culture. There were still active ask topics when the boards shut down in early 2017, 5 years after I started the trend. In fact, on the LMBs’ fan-run spiritual successor, The Brick Boards, people are still creating topics like “Another Ask the Ninja 2.0”.

As for legoninja0701, I wondered if he was still active in the LEGO community. A quick search uncovered only a Brickset profile with the same name, though it’s been inactive since April 2012. Perhaps unsurprisingly, his set collection includes Toxic Reapa.

If you ever happen to stumble upon this post, legoninja0701, I just want to say thanks. Without your “toxic reapa chat”, there would be no “ASK FANG-SUEI!”.

I feel honored to have contributed to this part of LMB history. It was definitely fun to try and come up with answers to random questions, even if it did end up overwhelming me in the end. Maybe someday, just for a bit of nostalgic fun, I’ll open a new ask topic on The Brick Boards… 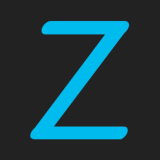